“Sold to the boys in the white T-Shirts”.

Four young men set out with truck and trailer to purchase four bucking horses for their up-coming 1st Rodeo. Their journey led them to Jamestown Penn. where a horse sale was being held. The group of 4: Dave Wheeler, Dave Leslie, Bernie Buckenmeyer, and Gene Reding, sat anxiously on the bleachers of the horse sales ring and as the Auctioneer took their bids, he hollered out “sold to the boys in the white T-shirts”. The boys loaded their horses for home. 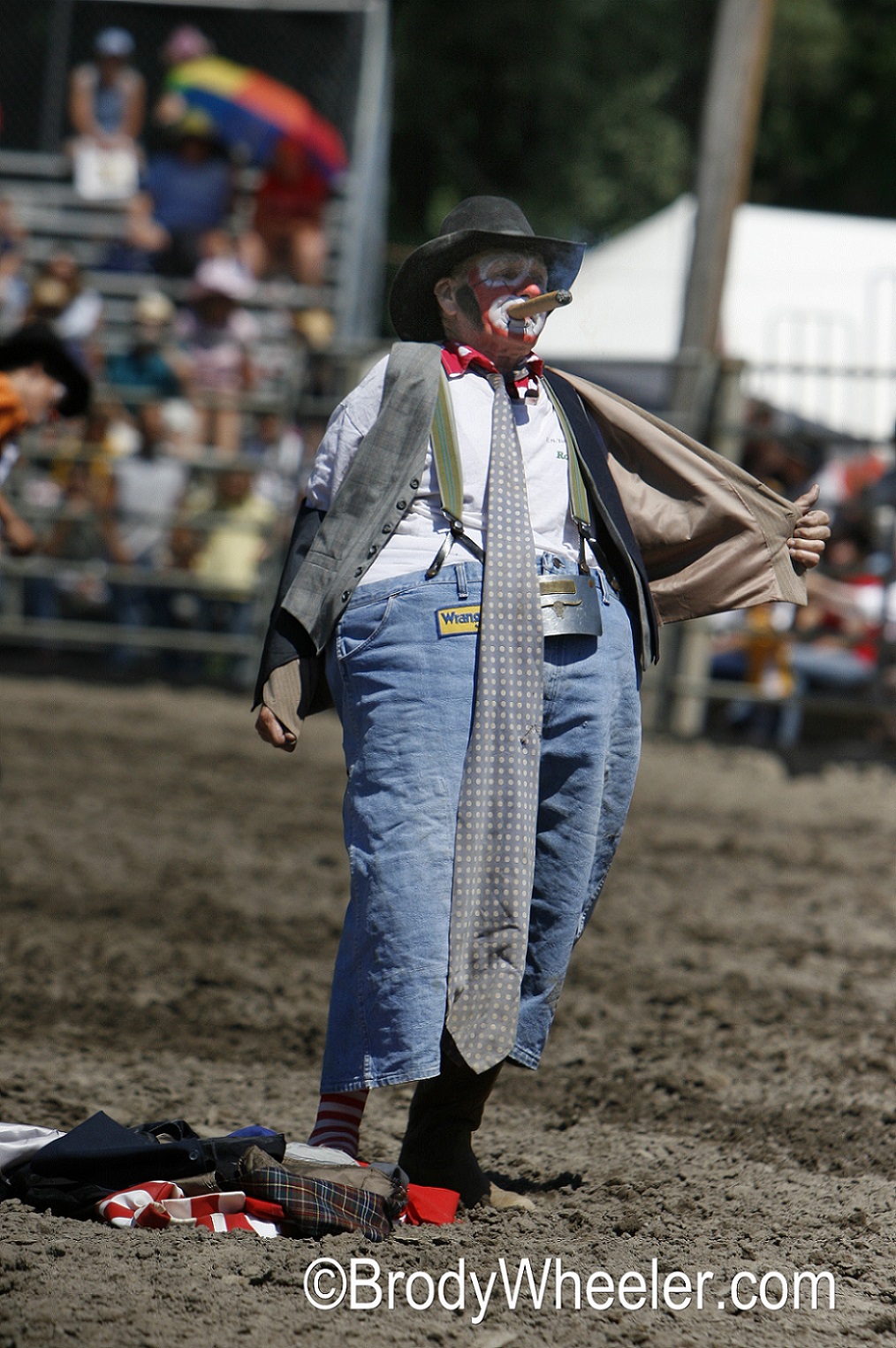 The purchase price was between $75-$100 for each horse. This was the start of 63 successful rodeos. Out of the four horses a mare was purchased, which when unloaded at home became a gelding!” The boys were the “new kids on the block” and someone was expected to have pulled a switch on them in the trailer. All of the other livestock was then purchased for the rodeo. Its remembered Dean Sawyer bought some Brahma Bulls that could jump a 6’ fence standing still, so as they say “on with the show”.

The arena, a little smaller than today had a fence but no bleachers, the people pulled their vehicles up to the fence and sat on their hoods to watch the rodeo. It was said the 2nd row seating was on the roofs of their cars.

The lighting system consisted of spot lights on old poles. The club as small as it was owned and maintained all the livestock for 30 plus years. They ran the chutes, announced the show, hired the acts, clowns, and secretaries, they ran the entire deal. They were determined to copy the rodeo in Bradford, PA.

They put on a weekend of shows similar to today’s performances. The boys decided to charge $1.00 admission per adult. Dave Leslie argued that $1.00 was too much and he said 90 cents. , so the decision was made 90 cents for adults and 25 cents per child. The attendance for the Rodeo was made up mostly of family, riders and a few friends.

The first year the food stand consisted of a leaky shed roof built 12’ x 16’ where they served hot dogs, hamburgers and pop. There was no beer stand, and there weren’t any bathrooms. All gates were built out of wood by hand and all railroad ties were hand dug to support the arena fence.

These few young members worked very hard to get the rodeo up and running. Often they gave up the thought of a good nights sleep as they rode their horses through the Tonawanda Creek and neighboring woods to the arena where they worked evenings on the rodeo grounds. Unconcerned about the few hours left before their early farm work, they would play chase in the arena, working the “bugs” out of their horses. Leaving the arena tired and exhausted, their spirits were held high knowing that they would return to do it all again at the end of the next day. They enjoyed what they did, and were proud of their work.

I am sure their backbones stood tall and hair stood on end as they so proudly announced, “WELCOME RODEO FANS TO THE FIRST ATTICA RODEO!”